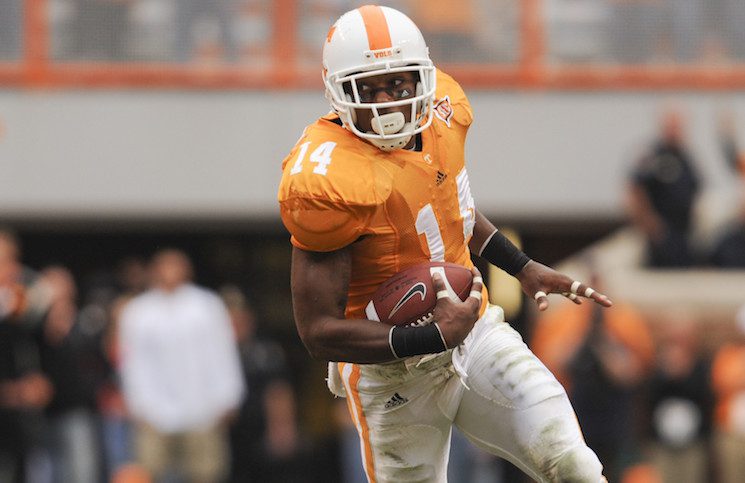 Berry was a two-time First Team All-American and a Jim Thorpe Award winner in his three year Tennessee career from 2007-09.

“Eric earned his way into the Hall of Fame by his great ability to run, tackle, play the ball and return an interception, but even more so because of his character, work ethic, and love of the University of Tennessee and his teammates,” former Tennessee head coach Phillip Fulmer said in a statement.

The Georgia native totaled 245 tackles, 17.5 tackles for loss, three sacks, 14 interceptions, 31 passes defended, two forced fumbles and four fumble recoveries in his three years in Knoxville. Berry made an impact from his first day on campus until the Kansas City Chiefs selected him with the fifth pick in the 2010 NFL Draft.

“Eric was the only player I had that started the first collegiate game of his career,” Fulmer said. “He learned quickly, set a great attitude in the locker room and on the practice field. He was quiet and confident and let his actions speak for himself. He studied video, took to coaching exceptionally well and wanted to be the best player he could be every single day. His physical play was obvious, but Eric’s off-the-field leadership and the example he set as a man in our community endeared him to everyone who got to know him.”

Berry was renowned for his ability to play inside the box against the run and deep safety against the pass. The strong safety was elite as an interception return man including his 95-yard pick six against Tim Tebow and Florida in his freshman season.

It was at this moment that we knew this kid was gonna be special. pic.twitter.com/IRx0eBUjqR

The newest College Football Hall of Fame selection earned countless honors during his three years in Knoxville including thrice earning All-SEC honors and winning the 2008 SEC Defensive Player of the Year Award.

“On behalf of the entire Tennessee football program, we extend a huge congratulations to VFL Eric Berry on his selection into the College Football Hall of Fame,” Tennessee coach Josh Heupel said in a statement. “Eric’s legacy as the only two-time unanimous All-American in program history remains strong, and he serves an inspiration to so many. He continues a long-standing tradition of Vols enshrined in the Hall of Fame.”

Berry is one of 18 players in the 2023 Hall of Fame class that includes Reggie Bush, Dwight Freeney, Tim Tebow and many more. Four coaches, including Mark Richt, are also in the 2023 class.

The Fairburn, Georgia native in the 26th Vol to be enshrined in the College Football Hall of Fame.