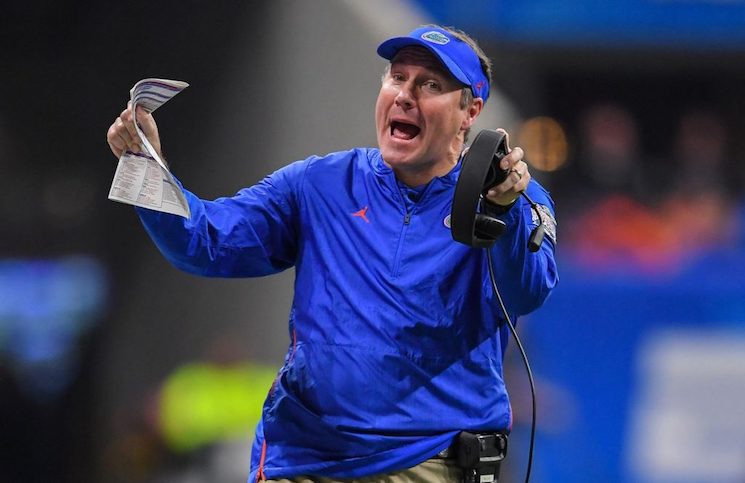 Dan Mullen once spurned a conversation with former Tennessee director of athletics John Currie about the Vols’ head coaching vacancy to become the new head coach at the University of Florida.

Five years later, the terminated Mullen is going to bat for Tennessee about the newest College Football Playoff rankings.

The Vols came in the latest rankings at No. 7, one spot behind Nick Saban and the Alabama Crimson Tide. Mullen, who spent four years and Gainesville and never lost to Tennessee, took exception to the rankings on Twitter Tuesday night.

If Alabama and Tennessee are ranked next to each other Tennessee should be ranked higher than Alabama. They won on the field.

While Tennessee being one spot behind Alabama in the rankings isn’t a big deal on the surface, the rankings has a major ripple affect in the New Years Six bowl landscape.

The highest ranked SEC team that doesn’t make the playoffs has a direct tie in to the Sugar Bowl, meaning Alabama being ranked higher than Tennessee puts the Crimson Tide in the Sugar Bowl over the Vols.

So what was the committee’s criteria to rank Alabama ahead of Tennessee?

“The outlier would be the Tennessee loss to South Carolina as opposed to two close losses by Alabama,” CFB Playoff Chair Boo Corrigan said of why Alabama is ahead of Tennessee. “I think that was the determining factor there.”