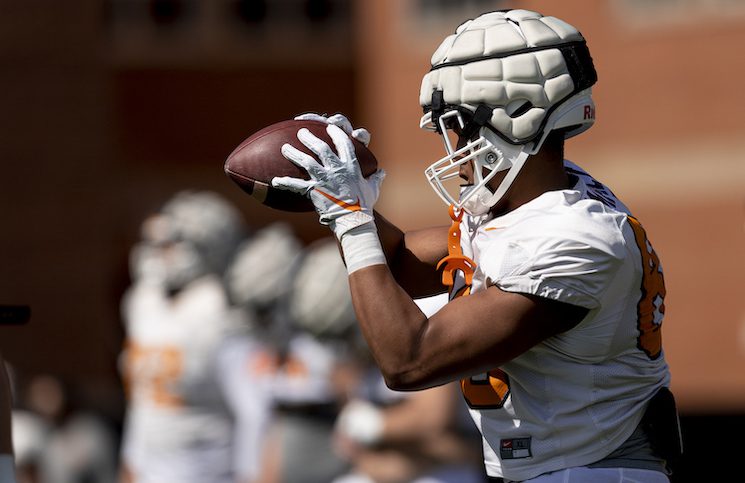 Campbell entered the transfer portal on December 5, the first day the portal opened.

The 6’0″, 235-pounder saw action in just one game in his redshirt freshman season, playing 13 offensive snaps against UT Martin on October 22. Campbell saw the field four times in 2021, serving primarily in a special teams role.

Campbell, a once highly sought after recruit, committed to Tennessee in May of 2020 and was a part of Tennessee’s 2021 recruiting class. Despite the coaching change Tennessee experienced in early 2021, after Campbell’s commitment, the tight end stuck with Tennessee for his first two seasons of college ball.

Prior to his Tennessee commitment in early 2020, Campbell was a four-star recruit from 247 Sports and a three-star from the composite rankings. Campbell held more than 30 offers at the time of his commitment including strong programs such as Arkansas, Auburn, Florida, Florida State, Kentucky, Miami, Michigan, Ole Miss, and Pittsburgh.

Campbell is joining an NC Central team that went 10-2 in the FCS’ Mid-Eastern Athletic Conference in 2022. The Eagles finished the season on a high note by defeating the Deion Sanders-coached Jackson State Tigers in a Celebration Bowl thriller.

As for Tennessee, the Vols landed UC Davis transfer McCallan Castles in early December and are bringing in four-star freshman Ethan Davis to bolster a tight end room that lost Campbell to the portal and starter Princeton Fant due to eligibility.

Additionally, 2021 and 2022 co-starting tight end Jacob Warren announced in early January that he was returning for his sixth and final season, huge news for Tennessee’s offense.