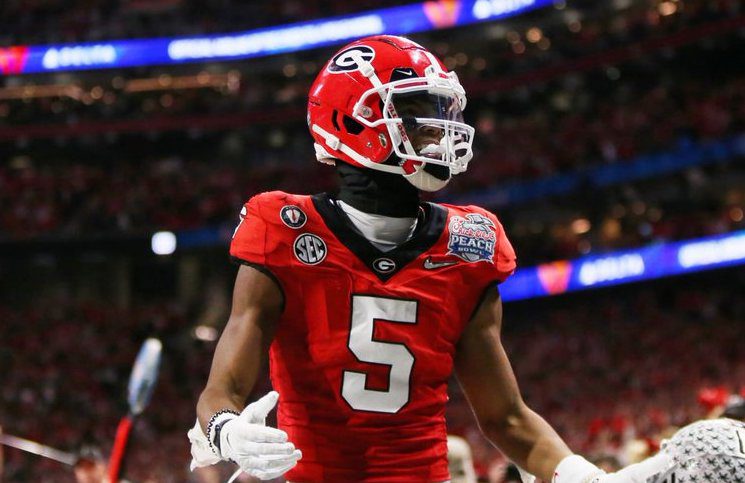 He scored a touchdown in each of Georgia’s four CFP games over the past two seasons.

Mitchell is entering his junior year, having won back-to-back National Championships as a freshman and sophomore with the Bulldogs.

The former four-star recruit was heavily recruited by Tennessee as a Cane Ridge High School product out of Antioch, Tennessee. The 6-foot-4, 190-pound wideout visited Rocky Top multiple times and received an offer from UT but ultimately committed to Ole Miss before flipping to Georgia.

Now that Mitchell is in the portal, though, the Vols could enter the sweepstakes yet again. Tennessee has lost three bench wideouts to the transfer portal this offseason in Jimmy Holiday, Jimmy Calloway and Walker Merrill. Additionally, the Vols are losing 2022 starting receivers Cedric Tillman and Jalin Hyatt to the 2023 NFL Draft.

The Vols are bringing back junior Bru McCoy, senior Ramel Keyton and sophomore Squirrel White as starters, and inexperienced Chas Nimrod and Kaleb Webb along with freshman Nathan Leacock as complementary pieces. Therefore, Tennessee would likely welcome a transfer portal wide receiver with as much talent and experience as Mitchell.

In his freshman season, Mitchell played in all 15 games and racked up 426 yards and four touchdowns on 29 catches and played more offensive snaps than any other Georgia wide receiver. Arguably the biggest highlight of Mitchell’s season came in Georgia’s National Championship win over Alabama, when the Bulldog wideout caught the go-ahead 40-yard touchdown in the fourth quarter. Big plays are not uncommon for Mitchell, as No. 5 has scored a touchdown in each of Georgia’s four CFP games over the past two seasons.

Mitchell was unable to top his freshman numbers in his sophomore campaign due to injury, as the Missouri City, Texas, native missed nine games. However, Mitchell returned at the right time, coming back in the SEC Championship game against LSU and playing all three postseason contests. Mitchell’s lone catch in Georgia’s 65-7 National Championship win over TCU was a 22-yard touchdown.

The reasons for Mitchell’s transfer are unknown, as he has not released a statement. As an upcoming true junior, Mitchell has two years of eligibility remaining.