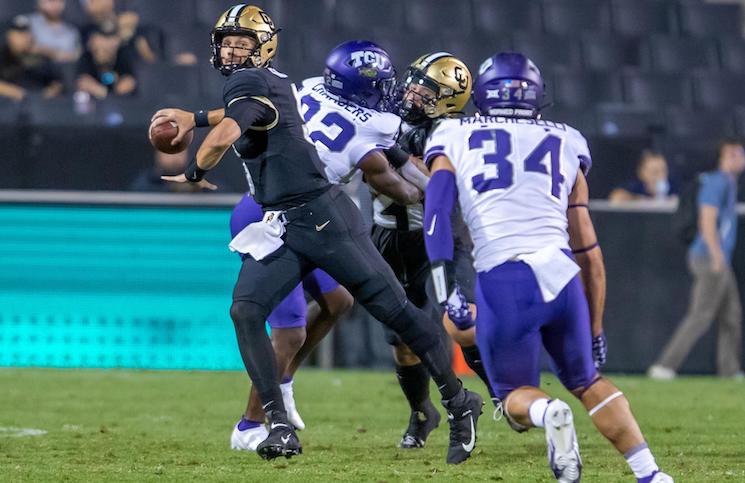 The 2022 college football regular season is over for every team but Army and Navy with the final games being played on rivalry weekend.

After wandering in the quarterback wilderness for years, Tennessee broke out last season with the emergence of Hendon Hooker. Hooker built off a strong 2021 season with a brilliant 2022 season that had him in the hunt to win the Heisman Trophy before Tennessee lost to South Carolina and the senior signal caller went down with a season ending knee injury.

While Hooker shined in Knoxville, there was an abundance of former Tennessee quarterbacks across the country attempting to make their own path.

Let’s take a look at how former Tennessee quarterbacks fared at the schools they transferred to.

The lone quarterback to transfer to a power five school, Shrout had a larger role than any other Tennessee transfer quarterback. Shrout left Tennessee following the 2020 season but didn’t play last season after suffering a preseason injury that sidelined him the entirety of the season.

An injury again sidelined Shrout for multiple weeks in the middle of the season but the gun slinger still started nine games for the Buffs.

Shrout completed 90-of-203 passes (44%) for 1,220 yards, seven touchdowns and eight interceptions while adding a rushing touchdowns.

Colorado was the worst power five team in the country posting an 1-11 record with only one of its losses coming by one score and its other 10 losses coming by 25-plus points. The Buffs are currently searching for a new head coach.

A former top 100 recruit, Bailey left the Tennessee program in the middle of the 2021 season before entering the transfer portal at its conclusion and eventually landing at UNLV.

Bailey was the Runnin’ Rebels back up for most of the season where he played sparingly in four games. The Georgia native started UNLV’s regular season finale and played well, throwing for 209 yards, two touchdowns and an interception in a win.

On the season, Bailey completed 48-of-68 passes for 578 yards, four touchdowns and two interceptions.

UNLV posted a 5-7 record on the season and just missed a bowl game.

Mauer left the Tennessee program in fall camp ahead of the 2021 season after Josh Heupel and his staff informed him he wouldn’t be the starting quarterback. The Florida native eventually entered the transfer portal and landed at strong FCS program Stephen F. Austin.

The 6-foot-3 signal caller was Stephen F. Austin’s backup and played in just three games— all off the bench.

Mauer completed 10-of-19 passes for 123 yards, one touchdown and one interception. The solid runner also added 37 yards on 11 carries.

Stephen F. Austin went 6-5 on the season finishing second in the WAC and missing the FCS Playoffs.

You may be less keen to remember Kaidon Salter — and for good reason. After committing to Jeremy Pruitt and his staff, Salter early enrolled and prepared to go through spring practice under new head coach Josh Heupel. Salter only made it a few practices before a university incident led to his indefinite suspension and an investigation.

Salter was reinstated to the team following spring practice but a drug possession arrest later that summer led to his removal from the Tennessee football program.

The Texas native landed on his feet with Hugh Freeze at Liberty. After redshirting the 2021 season, Salter was Liberty’s back up this season but saw a major role. Salter started three games and saw action in four more.

Salter completed 75-of-129 passes for 1,002 yards, seven touchdowns and five interceptions while adding 221 yards and two touchdowns. It wasn’t a perfect redshirt freshman year for Salter but he did flash his potential and went 2-1 as a starter. The lone loss was a one-point loss against Wake Forest.

The Flames went 8-4 on the season and now waits to see whether their head coach jumps ship to head to Auburn.