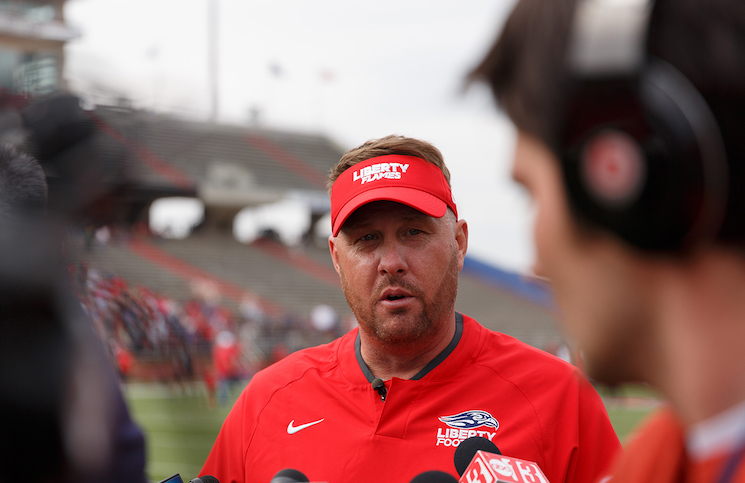 Hugh Freeze is back in the Southeastern Conference.

The former Ole Miss is head coach is the newest head coach at Auburn University as the school announced the hiring Monday afternoon.

Freeze returns to the SEC after a six year hiatus including the last four years as head coach at Liberty University. At Liberty, Freeze posted a 34-15 record including a 10-1 COVID-19 2020 season. While Freeze comes to Auburn from Liberty, the 53-year old is most known for his time at Ole Miss.

The former Memphis high school coach five years in Oxford achieving major heights. Freeze posted a 39-25 record in his five seasons in the SEC including two wins over Alabama and trips to the Peach and Sugar Bowl. The Rebels fell to TCU in the 2014 Peach Bowl before beating Oklahoma State in the 2015 Sugar Bowl.

Freeze’s Rebels made major bowl games but their greatest achievement was back-to-back wins over Alabama.

It wasn’t the NCAA issues that marked Freeze’s downfall at Ole Miss but another off the field issue. Freeze called escort services on recruiting visits and Ole Miss parted ways with the successful head coach ahead of the 2017 season.

Freeze replaces Brian Harsin at Auburn after the former Boise State coach face planted in his two seasons leading the Tigers program. Harsin’s tenure was challenged from the offset due to his lack of support from Auburn boosters and southern coaching ties.

Ole Miss coach Lane Kiffin was long rumored to replace Harson before signing a contract extension to stay in Oxford.