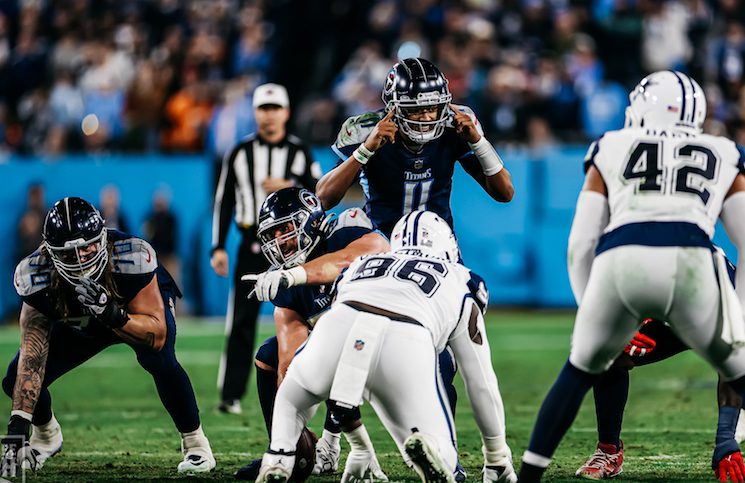 Dobbs’ second start comes in essentially a playoff game for the Tennessee, as the Titans will win the AFC South and reach the postseason with a win over the Jaguars and will be eliminated from the playoffs with a loss. The Titans are one game behind the Jaguars in the standings, sitting at 7-9 while Jacksonville is 8-8. However, with a win, the Titans would tie the Jaguars in overall record and would hold the tiebreaker, thus giving Tennessee their third consecutive AFC South title.

The Titans’ upcoming game against the Jaguars will be on primetime, airing at 8:15 p.m. ET on ESPN Saturday night, giving Dobbs his second primetime start in the same amount of career starts.

Dobbs gets the start after performing well against a great Dallas Cowboys defense on Thursday Night Football last week. Though the Titans lost 27-13, Dobbs completed 20 of 39 passes for 232 yards, one touchdown and one interception, giving the Tennessee their best non-Ryan Tannehill QB performance of the season.

The VFL has won the starting role in an injured Tannehill’s absence over rookie Malik Willis for the second straight week. Willis, a third-round pick in the 2022 NFL Draft, has started three games this season when Tannehill was inactive. Willis did not throw for 100 or more yards in any of his starts, combining for a horrific 234 passing yards across his three starts. Dobbs, on the other hand, threw for 232 in his first NFL start after just eight days with the team.

The Titans signed Dobbs off of the Lions practice squad on Wednesday, December 21. The Titans are the third team Dobbs has been with this season, joining the Lions and the Browns. The VFL began the season with Cleveland and was with the team for the majority of the season, but the Browns released Dobbs once starter Deshaun Watson returned from suspension.

Dobbs has a very productive preseason with the Browns, throwing for 338 yards, two touchdowns and no interceptions with a 66 percent completion rate and a 96.3 QB rating.