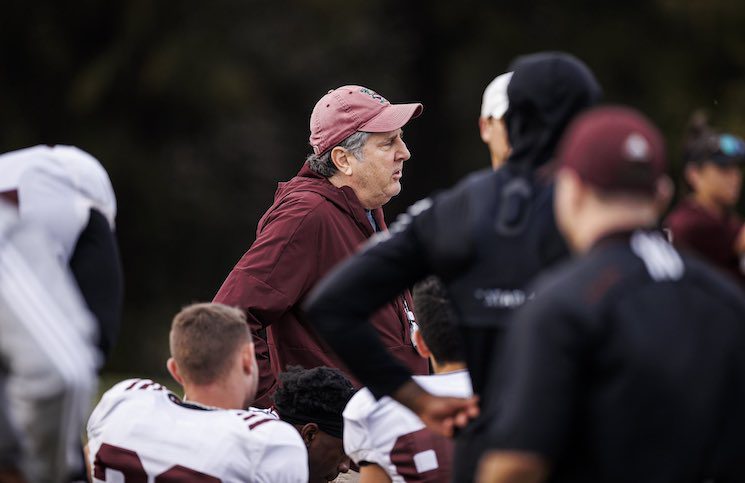 Whether it be hoodies, helmet decals, uniform patches, etc., many programs are paying their respects to “The Pirate” for everything he did for the sport.

And Tennessee has followed suit, as the Volunteers will sport stickers on the back of their helmets that read “MIKE” with a cowbell used as the “I” and a pirate symbol on the waist of the bell.

In addition, Josh Heupel’s left arm sleeve will include “MIKE” as a patch.

Of course, Texas Tech, Mississippi State and Washington State are the programs that all have special connections to Leach given the fact he used to coach those teams. While Tennessee Football doesn’t have a history with Leach, the Vols head coach certainly does.

Josh Heupel was a quarterback at Oklahoma during Leach’s one year as offensive coordinator for the Sooners. In fact, Leach gave Heupel his first start.

“Mike was instrumental in my opportunity to play at a high level, to coach at a high level,” Heupel said during his Orange Bowl preview press conference on Thursday.  “He’s the guy that gave me my start. He meant so much to so many people around the country inside of college football and outside of it.

“I think he’s really unique in that way that you truly got a chance to see how his mind worked and operated. He had so many passions outside of the game, as well. We lost somebody that made college football extremely interesting and changed the landscape of it. At that time, college football was played in a box around a lot of the country, and his vision of playing out in space is how college football is played today.”

Heupel and the Vols will honor Coach Leach as they take the field for the Orange Bowl against Clemson on Friday night in Miami. Kickoff between the Vols and Tigers is set for approximately 8 p.m. ET on ESPN.