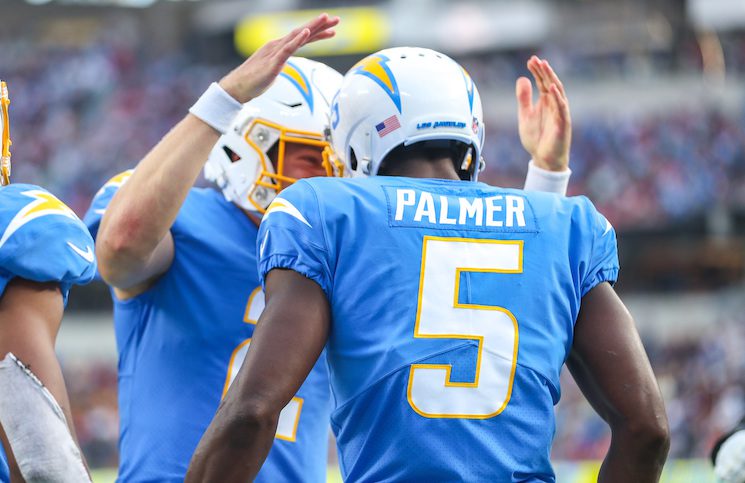 The 18-week NFL regular season concluded Sunday night with a thrilling 20-16 Detroit Lions victory over the Green Bay Packers. For 18 NFL teams, the season is over, but for the third year in a row, 14 teams now have the chance to win it all.

‘Super Wild Card Weekend’ begins this weekend with six total playoff matchups, as the No. 1 seeds in each conference are granted a bye during the first week of the playoffs.

Seven former Vols were fortunate enough to make it to the postseason. Let’s take a look at which Vols will be trying to make a Super Bowl run and how to watch them on Super Wild Card Weekend.

Jennings and the 49ers earned the No. 2 seed in the NFC after ending the season on a 10-game winning streak to finish 13-4. No matter who the quarterback has been–Trey Lance, Jimmy Garoppolo, or Brock Purdy–Jennings has been a key target on third down due to his big frame and nice hands.

San Francisco will host division foe Seattle Seahawks in the first game of the NFL Playoffs on Saturday, January 14. Kickoff is set for 4:30 p.m. ET on FOX.

After tearing his pectoral muscle with the Denver Broncos in October of 2021, Johnson was not signed in free agency until mid-season when Seattle signed him to their practice squad in October. Johnson’s first game action post-injury came in Week 18 in Seattle’s 19-16 overtime win against the Rams.

Johnson and the Seahawks earned the No. 7 seed in the NFC after defeating the Rams on Sunday and having the Detroit Lions beat the Packers.

The Seahawks will look to upset division foe and No. 2 seed San Francisco when they travel to the Bay area to face the 49ers on Saturday at 4:30 p.m. ET on FOX.

After missing his rookie season then becoming a key rotational player for Seattle in 2021, Taylor improved significantly in his age 25 season, especially in the pass rush. Taylor’s 9.5 sacks ranked first on the Seahawks and tied for 20th in the NFL.

Taylor helped Seattle’s defense in Week 18 by recording a sack in the Seahawks’ 19-16 win over the Rams. The win ultimately allowed Seattle to get the No. 7 seed in the NFC after the Lions beat the Packers on Sunday Night Football.

Coleman is the third and final Seattle Seahawk that will be playing in the playoffs against Jauan Jennings’ 49ers. Coleman hasn’t seen much work in his age 29 season, but the VFL has been a regular on special teams. Coleman previously played 39 percent of special teams snaps in Seattles’ win over the Rams in Week 18.

Palmer emerged as a reliable outside option for quarterback Justin Herbert in the Chargers offense. The top two WRs on the offense, Keenan Allen and Mike Williams, battled injuries all season, so Palmer saw increased opportunity and took advantage of it. Palmer’s best game came on Sunday Night Football in late November against the Kansas City Chiefs. Palmer caught 8 passes on 10 targets for 106 yards and two touchdowns in the thrilling 30-27 loss.

Palmer and the Chargers finished 10-7 on the season and earned the No. 5 seed in the AFC. As the top wild card team, the Chargers will face off against the lowest-seeded division winner in the 4-seed Jacksonville Jaguars (9-8). L.A. and the Jaguars will kickoff at 8:15 p.m. ET in Jacksonville on Saturday. NBC has the broadcast.

After getting released in the preseason by the Tennessee Titans, the 2022 sixth-round draft pick was picked up by the Minnesota Vikings and has seen occasional work throughout the season. Jackson played his first NFL down in Week 8 and has suited up every week since.

Jackson most previously record two tackles and played 22 percent of the defensive snaps and 70 percent of the special teams snaps in Minnesota’s 29-13 win over the Chicago Bears on Sunday.

Smith continued to make doubters look silly with a tremendous sophomore campaign to follow up a productive rookie season. Smith is a fixture on the Chiefs offensive line at right guard and made several eye-opening blocks in 2022.

McKinnon 2nd td is impressive but look at Trey Smith’s block! Pancakes for everyone! ?pic.twitter.com/UXMDHiruVd

Smith and the Chiefs finished the season 14-3 and tied the Eagles for the best record in the NFL. The Chiefs are the No. 1 seed in the AFC and have a first-round bye this weekend.

Which VFL do you think will make it the farthest in the NFL Playoffs? Leave a comment below!