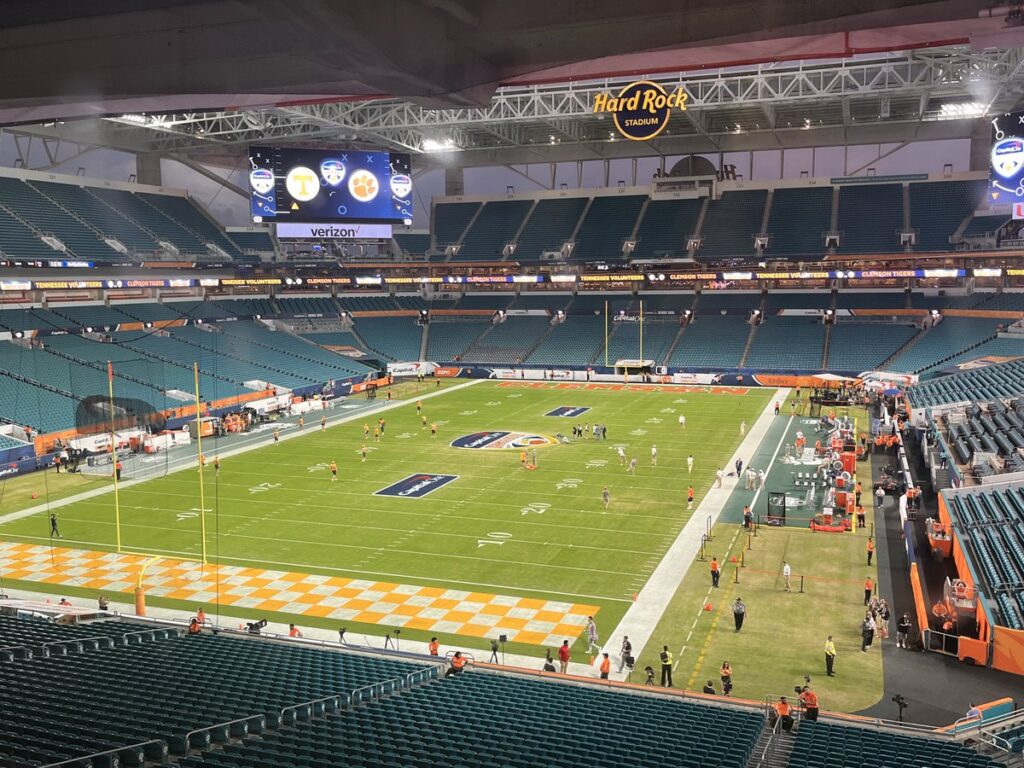 There is a very unique similarity between the 2022 Tennessee Volunteers and the 2022 Clemson Tigers. Both teams were College Football Playoff hopefuls heading into the final two weeks of the regular season, and both teams’ chances were dashed in those two weeks.

By the same team.

I needn’t remind you of the specifics, but the South Carolina Gamecocks defeated Tennessee then handed the Tigers their first home loss since 2016 the week after to cap the regular season.

A brilliant ending to the regular season for Shane Beamer, Spencer Rattler and the Gamecocks came at the expense of two programs who were in great position to reach the CFP.

With that being said, many South Carolina fans have poked fun at the fact that Tennessee and Clemson are playing each other in the Orange Bowl, given the fact the Gamecocks ended each team’s hopes.

So much so that South Carolina fans raised money to fly a banner over Hard Rock Stadium on Friday to troll Tennessee and Clemson.

The banner reads “Enjoy Your Bowl Game – Gamecocks” and it flew over Hard Rock Stadium sometime in the mid-afternoon on Friday.

Diving deeper into the story, South Carolina fans were apparently getting together in early December to fundraise enough money to pull off the elaborate troll.

For whatever reason, #SouthCarolina fans are raising money to fly a banner over the Orange Bowl. pic.twitter.com/olqSibZOf8

The fans were discussing plans for what the banner would say on 247 Sports’ The Big Spur‘s message board as early as December 4, so the troll has been a long time in the making.

ESPN’s Ryan McGee recently shared the early December messages on Twitter, giving an all too accurate take on what the troll would mean.

If this actually happens it might be the most college football thing ever https://t.co/WT1sUf0RHG