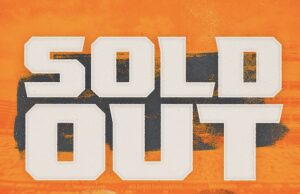 There’s no questioning the support that Tennessee’s fans gave the program throughout the 2022 college football season. With sellout after sellout in Neyland Stadium, the Vols’ fanbase proved that they would show up and show out any chance they had.

According to FOX College Football on Wednesday afternoon, Tennessee finished with the fifth-highest average home attendance for the 2022 football season at 100,532.

Tennessee sold out every single home game this season excluding the home opener against Ball State on a Thursday night. Aside from that, every weekend game in Knoxville was sold out.

Due to the renovations to Neyland Stadium this past offseason, Tennessee’s overall capacity dropped from 102,455 to 101,915 spectators inside the building.

The Top 5 in average home attendance this season is as follows:

Tennessee and Clemson also combined to sell 99% of Hard Rock Stadium’s seats for the Orange Bowl to cap the season on Dec. 30 in Miami, Florida.

Fans all over the country showed out at games this year! 🥳

Did you attend any of these teams’ games this year? ⬇️ pic.twitter.com/UzYRcXnRC5

Here’s a look at how Tennessee’s full-season attendance shaped out for the 2022-2023 college football season.