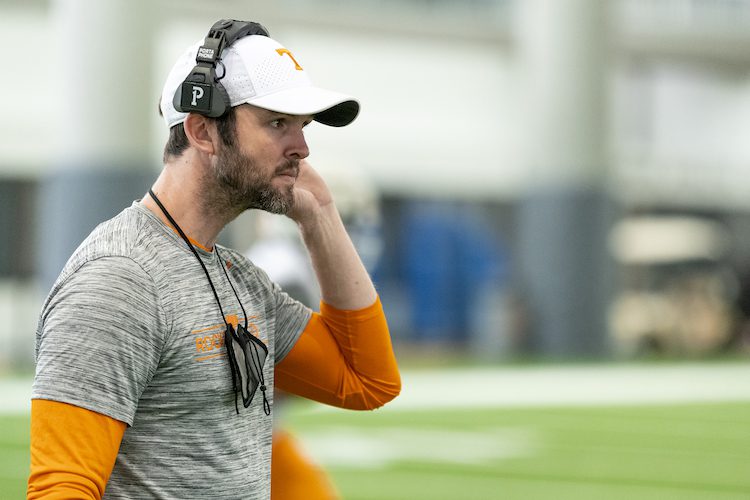 On Wednesday, Josh Heupel and Tennessee announced that QB coach Joey Halzle is getting a promotion and filling the offensive coordinator vacancy.

Alex Golesh, who was the Tennessee OC for the past two seasons, left the program in early December to fill USF’s head coaching vacancy.

Upon the news of Halzle’s promotion, multiple Vols and position coaches took to social media to give a congratulations the new Tennessee offensive coordinator and express their support for the decision.

A collection of various reactions from Vols and Tennessee coaches can be seen below.

The best in the business! Lets Go GBO!? https://t.co/BQg8oZSB9F

On Vol Football’s Instagram post regarding the news, several Vols left comments that both showed their excitement for the hire and congratulated Halzle.

Below is a collection of comments left by Vols.

DE Tyler Baron: “As he should”

Former WR Grant Frerking: “the only way is up!!” 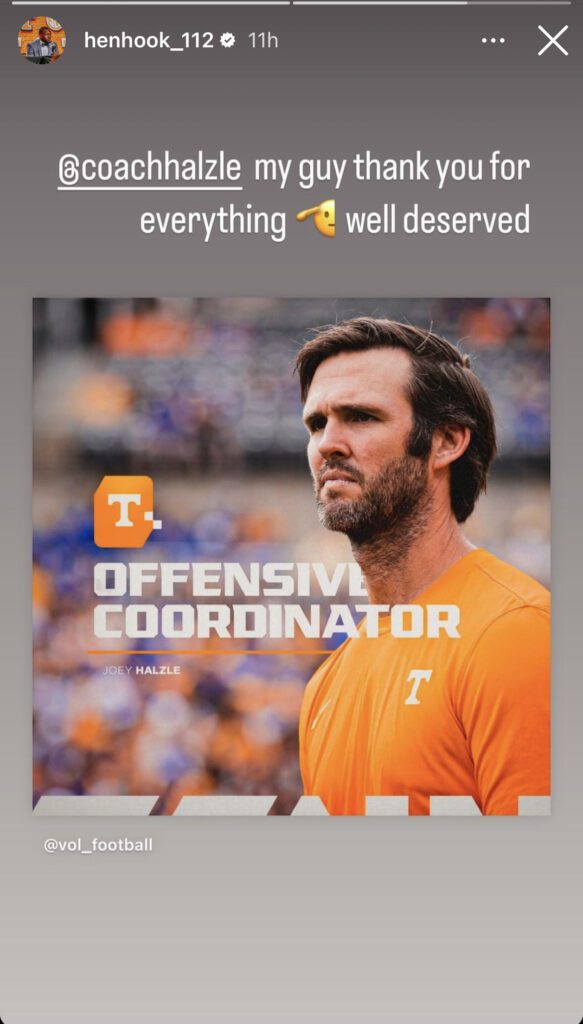 Halzle’s hiring was no surprise, as the 36-year-old has done a stellar job with Tennessee’s quarterbacks, notably Hendon Hooker, over the past two seasons. Halzle has also worked closely with Heupel for nearly 15 years, so the familiarity factor was likely a significant reason for the promotion.

“Joey has been instrumental in our record-setting offensive success over the past two seasons, and he’s built great trust within our team,” Josh Heupel said in a statement Thursday. “I have known Joey for over 15 years, and his track record of player development has impacted every place he has been.

“He has complete knowledge of our aggressive offensive identity and principles. Having played and coached at this level, he understands how to connect with players and will continue to make a significant impact in recruiting. This will be a seamless transition for him as we strive to build a championship program that Vol Nation is proud of.”

Under Josh Heupel, familiarity and hiring from within has been a theme for Tennessee. For example, Tennessee elevated Kelsey Pope from offensive analyst to WR Coach last offseason after Kodi Burns left to take an NFL job.

The hiring worked wonders, as Tennessee had their first ever Biletnikoff Award winner, Jalin Hyatt, in year one under Pope’s guidance.

Next year, Halzle will have super-senior Joe Milton III, sophomore Tayven Jackson and five-star freshman Nico Iamaleava in the same QB room, giving the first-year offensive coordinator a strong group of options to lead his and Heupel’s offense.