BATON ROUGE, La. — Zakai Zeigler threw an inbounds pass alley oop to Olivier Nkamhoua for an easy dunk minutes into the second half.

As Zeigler waited for the Tigers to inbound the ball, he threw his hands up and made a mocking face to the LSU student section that rowdily taunted the Vols pregame and in the first half.

Tennessee Bombs In Triples In First Half/ All Afternoon

Tennessee’s offense looked slightly disconjointed early Saturday afternoon against LSU. The Vols were struggling to get good looks at the baskets and settling for triples.

But the three-pointers started dropping. Josiah-Jordan James got Tennessee on the board with one and Julian Phillips hit another. Then Zakai Zeigler got to the basket, finished one and started loosening up the LSU defense.

Tennessee made eight-of-19 first half triples and while they didn’t sustain that level of success in the second half they still made 12-of-32 attempts on the afternoon. While the Vols’ early three-pointers weren’t great looks, they started becoming great looks.

LSU threw a wrench at Tennessee with a zone defense but the Vols scored in the middle of the court and that opened lanes up for shooters on the wings. Add a handful of defensive breakdowns that Tyreke Key capitalized on and you have a Volunteer team that carved up LSU’s defense.

James led the way knocking down four-of-six attempts from deep in a 22 point outing while Santiago Vescovi, Zakai Zeigler, Key and Phillips all made two triples.

Zakai Zeigler With Another Brilliant Display Of Point Guard

Conference play rolled around three and a half weeks ago and suddenly Zakai Zeigler turned into a completely different scorer. The always elite defender and playmaking offensive guard turned into a pass first point guard.

Zeigler’s stretch of point guard brilliance continued at LSU where the sophomore totaled 12 points and 10 assists for his second career double-double.

Not only did Zeigler post a double-double but he did with incredible efficiency turning over just once. While Zeigler missed six shots, he was forced to take a handful of bad ones late in the shot clock.

The Long Island, New York native constantly got his teammates open looks and as Tennessee’s main offensive creator he did a fantastic job of finding the hot hands. On a day where four of his teammates made two or more three-pointers, that meant spreading the ball around to all his shooters.

Outside of his layup struggles against Kentucky, Zeigler has been stellar in SEC play and that continued in Baton Rouge with perhaps his best performance yet.

Tennessee Turns LSU Over and Turns It Into Points

LSU has struggled offensively this season as they have a lack of three-point shooting and mediocre at best guard play. That’s a recipe for disaster against Tennessee defense that ranks sixth nationally in steal percentage.

The numbers were even more jarring than one could imagine. LSU turned the ball over 19 times and Tennessee turned it into a staggering 33 points. The Vols recorded eight steals but much of LSU’s turnover issues were created by its own carelessness.

When Tennessee did get steals, they did a phenomenal job of turning them into easy baskets in transition. Zeigler and James each thrived at scoring in transition in the win.

Not only did Tennessee turn LSU over at an extremely high rate, they took care of the basketball extremely well. The Vols turned it over just eight times which led to seven LSU points.

Tennessee is a far superior team to LSU but there’s few teams in the country that could overcome the turnover differential LSU had against Tennessee. 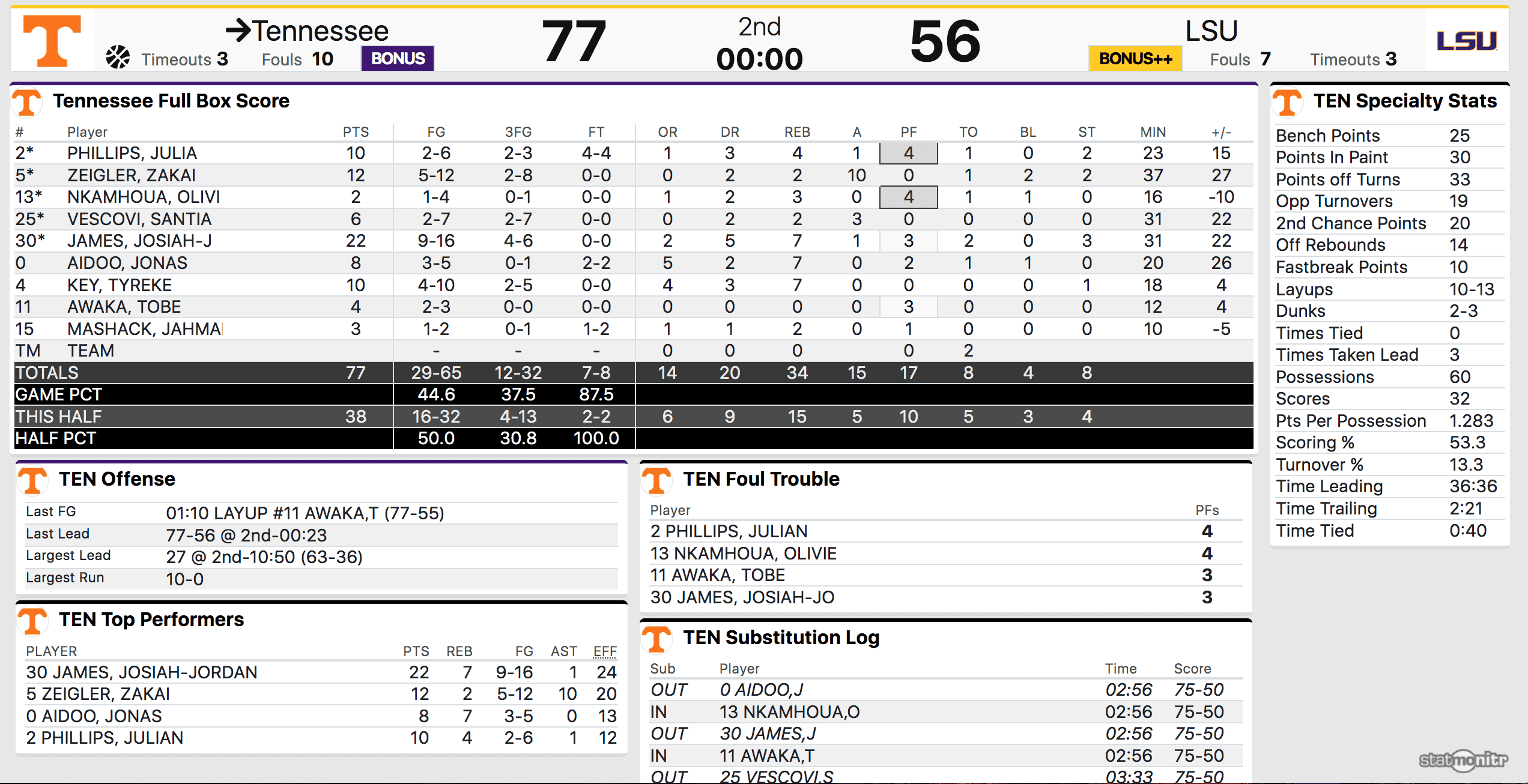 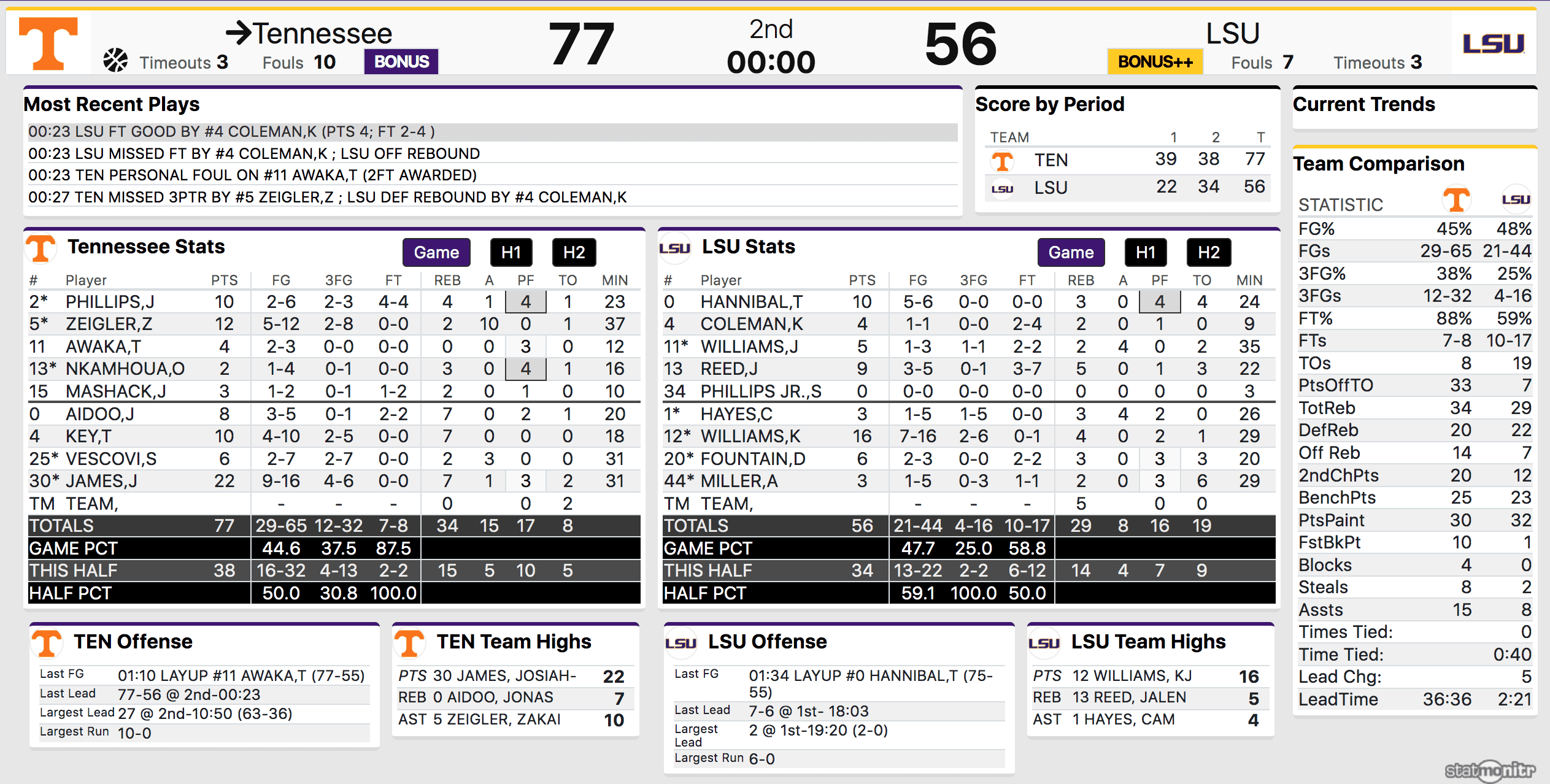 Tennessee returns to Thompson-Boling Arena Wednesday night to face Georgia. Tip-off is at 7 p.m. ET and ESPN is broadcasting the game.