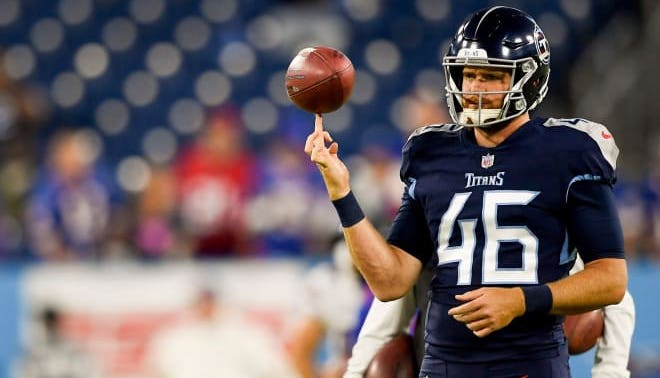 Former Tennessee Football offensive lineman and longtime NFL veteran Morgan Cox has made the 2023 Pro Bowl roster. Cox is the lone Vol to receive the honor this year.

The 2023 Pro Bowl will serve as Cox’s fifth pro bowl of his career, as the former Vol has been an excellent long snapper over the past 13 years in the league. Five Pro Bowl appearances puts Cox tied for sixth-most amongst Vols.

Starting his career with the Baltimore Ravens, the former Tennessee walk-on played a full decade in Baltimore before heading to the Tennessee Titans in 2021. Cox has been a Titan the past two years, and this year is Cox’s first Pro Bowl selection as a Tennessee Titan.

The NFL Pro Bowl will look a little different in 2023. The event is transitioning to the “Pro Bowl Games” and will be a week-long celebration of player skills in Las Vegas, rather than the traditional, regular game format of AFC vs. NFC. In the new format, the players will play flag football to cap off the week instead of a regular full-contact football game.

In this new era of the Pro Bowl, VFL Peyton Manning will be a significant part of the process. Manning’s company, Omaha Productions, will play a crucial role in programming and promoting the event’s activities throughout the week.

In addition, Manning will serve as Head Coach of the AFC roster in the Flag Football game, with fellow Hall of Famer linebacker Ray Lewis taking on Assistant Coach/Defensive Coordinator duties. Peyton’s brother, Eli Manning, will be the Head Coach of the NFC roster with former Cowboys and Broncos legend Demarcus Ware serving as the Assistant Coach/Defensive Coordinator.

Therefore, Cox will have the opportunity to get coached by fellow VFL Manning throughout the contest.

Cox’s Titans are currently on a four-game skid, but the current AFC South leaders will look to get back on track when hosting the 1-11-1 Houston Texas in Nashville on Christmas Eve at 1 p.m. ET.