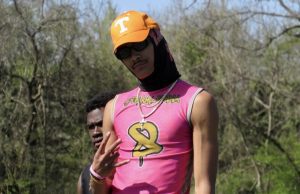 Tennessee commit and five-star quarterback Nico Iamaleava has been tearing up the state of California this fall during his senior season.

Iamaleava committed to Tennessee back in March, leaving no question or debate about where he was going to be taking his talents in the midst of his final season in high school.

According to Max Preps, Iamaleava has thrown for 2,244 yards in the first nine games of the season so far. That’s an average of 249.3 yards per game as the five-star quarterback has led Warren High School to an 8-1 record so far.

Additionally, Iamaleava has also recorded 33 touchdowns with just one interception, showing Hendon Hooker-like maturity in protecting the football at all costs. Iamaleava also has a completion percentage of 59.6 after 272 passing attempts.

Nico Iamaleava and Warren High School still have one more game remaining on the regular season schedule against Dominguez this upcoming Friday night.

Throughout the month of October, recruiting organizations all over the country have been posting highlights of Iamaleava in his high school games, and the videos are nothing but impressive. Iamaleava continues to show off his pinpoint accuracy, athleticism, pocket presence, and quick decision-making.

More from RTI: Where Tennessee’s 2023 and 2024 Recruiting Classes Rank

Check out the collection of highlights from Tennessee commit and five-star quarterback Nico Iamaleava in the month of October below:

A super talented 2023 5-star recruit who has truly elite arm talent and ability to create out of structure.pic.twitter.com/lOkl9xgmvH

[email protected] thinks Tennessee-bound QB Nico Iamaleava might be a candidate to land at No. 1 in the 2023 class: https://t.co/tQ914R5JR5 pic.twitter.com/Tt54Kq5hUj