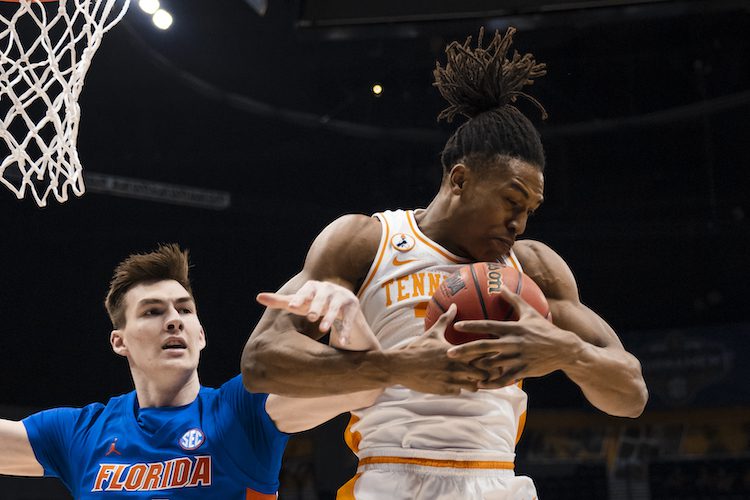 One of which was a dunk where Pons jumped OVER the projected No. 1 overall pick in the 2023 NBA Draft Victor Wembanyama.

See two angles of the dunk below.

Yves Pons jumps over Wemby in the Dunk Contest!

With a simple google search, one will find that Wembanyama is 7-feet, two inches tall, but Wembanyama has said in an interview that he is actually 7’3″ when barefoot, and possibly 7’4″ or 7’5″ with shoes on.

Long story short, Wembanyama is really, really tall, so the former Vol truly lived up to his nickname “Air Pons” when jumping over the Frenchman.

Pons wasn’t done there, though, as the all-time single season and single game block leader for Tennessee also had a dunk where he jumped from behind the free throw line.

YVES PONS FROM BEHIND THE FT LINE ?

A third dunk floated around social media that showed the former Grizzly performing a reverse double-clutch jam while barefoot.

See the dunk below along with Pons’ celebration.

Pons ultimately won the LNB Dunk Contest, as the Wembanyama dunk likely catapulted him over all other contestants.

The VFL currently plays for ASVEL of the LNB Pro A and the EuroLeague and averages 2.9 points across 14 games this season.